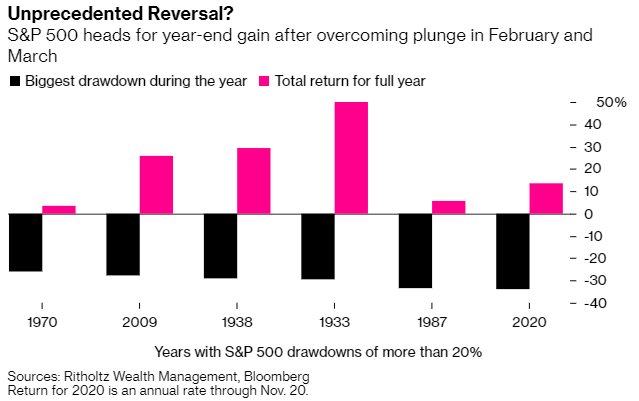 U.S. and European equity futures and most Asian stocks climbed Tuesday after the triggering of a formal transition process to President-elect Joe Biden. The dollar dipped.

S&P 500 and European contracts advanced after the General Services Administration acknowledged Biden as the apparent winner of the presidential election. Stocks outperformed in Japan, which reopened after a holiday, and Australia. They fluctuated in Hong Kong and China after a report that senior Trump administration officials are pushing for new measures against Beijing.