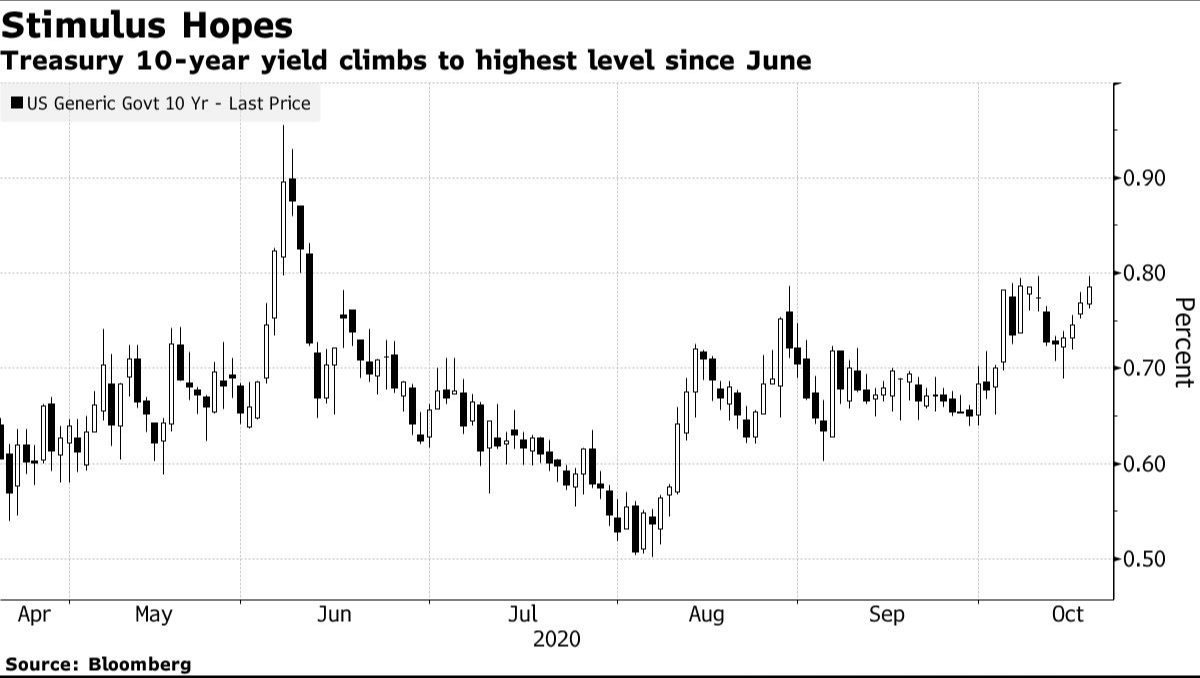 WILL TREASURY YIELDS STAY UP?

The benchmark 10-year yield climbed above 0.8% to a four-month high after House Speaker Nancy Pelosi said she remains hopeful of a deal before the election. S&P 500 contracts edged higher after the gauge bounced back from Monday’s selloff. Shares saw modest gains in Japan, Hong Kong and South Korea, and slipped in China. European futures pointed higher.

Elsewhere, tech shares mostly shook off the U.S. Justice Department’s decision to sue Google for allegedly abusing its power. Netflix Inc. plunged in late trading after it missed Wall Street estimates. The yuan climbed to the strongest since July 2018 and copper hit its highest in more than two years. Oil slipped.