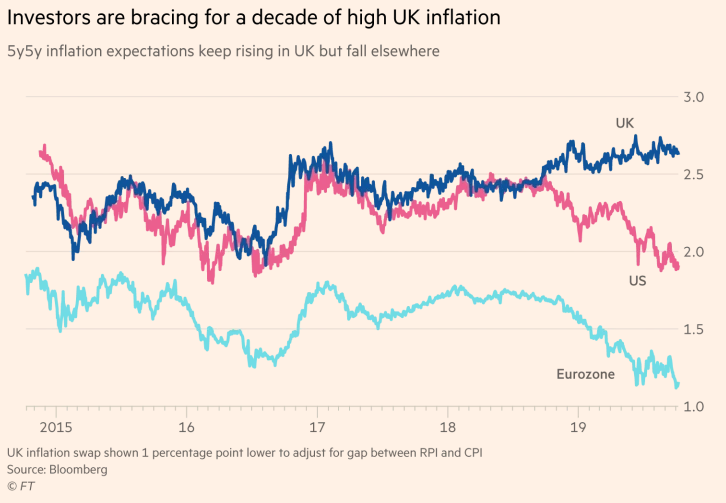 WILL THE US-CHINA TRADE TALKS CONTINUE WITH NO PROGRESS?

Safe haven FX ended up on the defensive, with USD losing most ground among the G10. The Antipodeans outperformed their G10 peers. The yuan showed sensitivity to trade war headlines, with USD/CNH printing new monthly peak & trough.

All around the world, fund managers appear to be gearing up for an era of low inflation. Unless, that is,they are investing in the UK. The UK’s predicament is partly because of uncertainty over Brexit, as well as a reflection of the unique needs of the country’s pension fund sector.

The calendar picks up pace Thursday, as industrial production for France is published at 0745BST. In the UK the release of the short-term monthly indicators will be watched at 0930 BST, while the publication of September inflation data at 1330 BST is the highlight in the US.

Investors are bracing for a decade of high inflation: