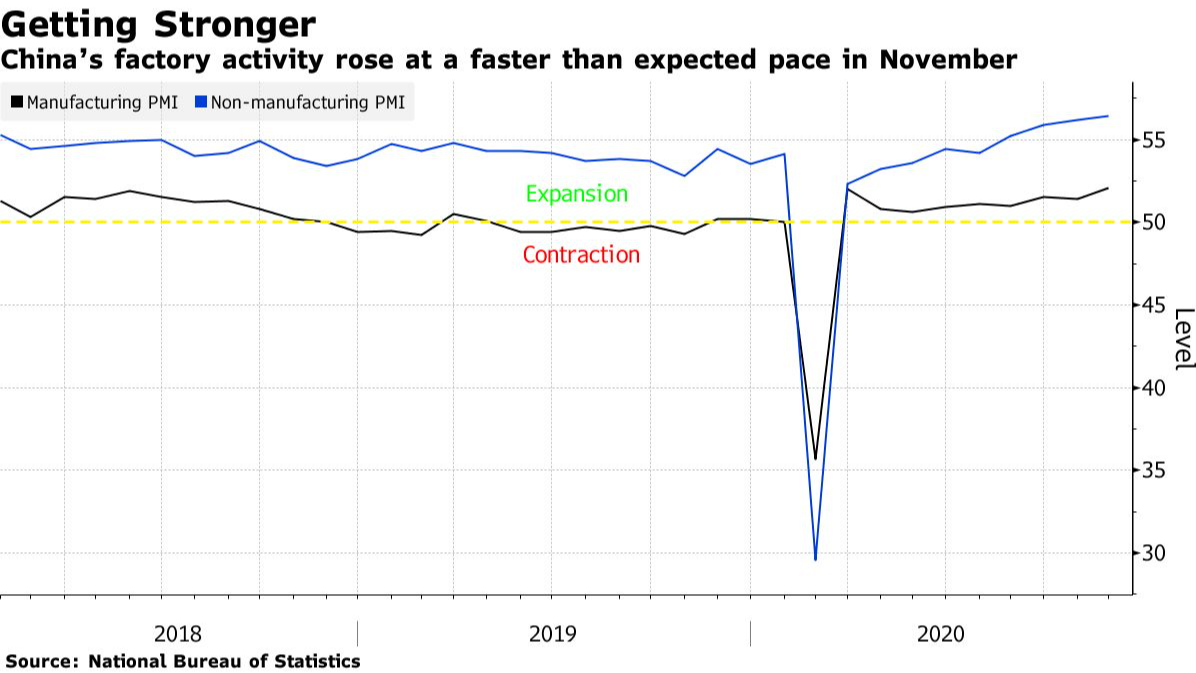 WILL THE UP MOVE IN EUROPEAN STOCKS CONTINUE IN DECEMBER?

Asian stocks fell along with U.S. and European equity futures, paring a sliver of the gains in a record month for global equities driven by optimism that coronavirus vaccines will aid the global economy. Oil retreated.

A gauge of Asian shares dropped the most in a month on Monday, with Japan, South Korea and Hong Kong posting some of the biggest equity-market declines. S&P 500 contracts began the week higher before slipping.

Oil retreated after an OPEC+ agreement to postpone an output increase planned for January remained elusive before a meeting Monday. A gauge of the dollar extended its recent retreat to the lowest level since April 2018. Gold dropped.