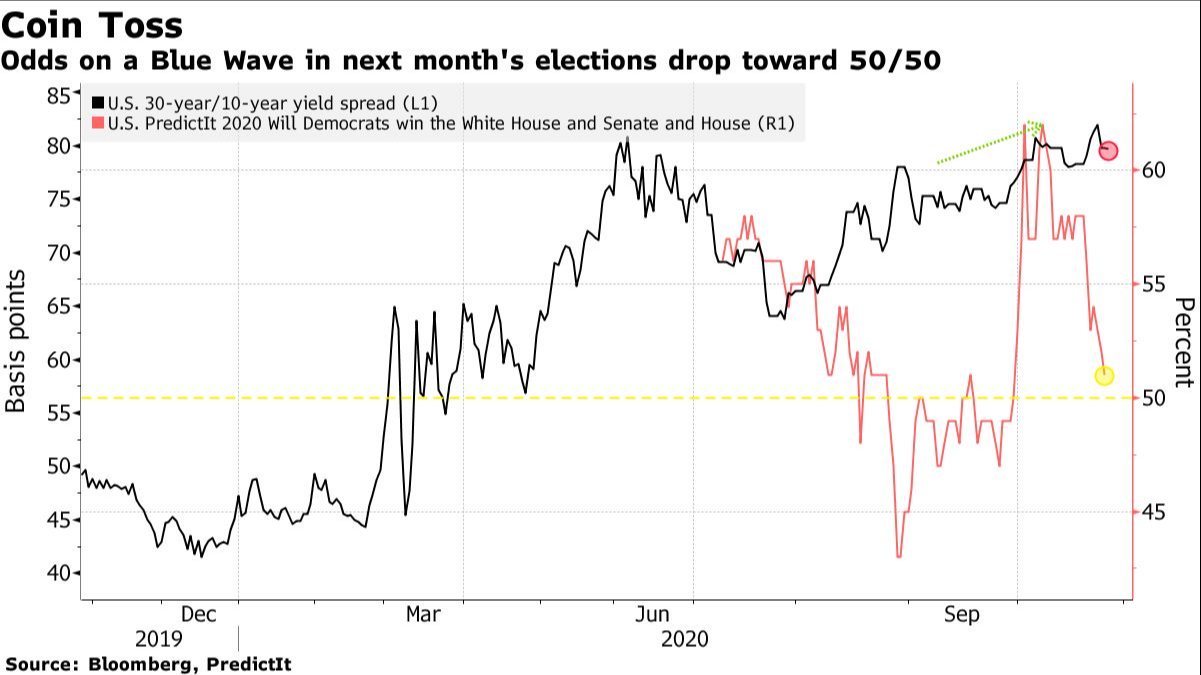 WILL THE STIMULUS DEAL REMAIN ELUSIVE?

U.S. and European equity futures started the week on the back foot as a stimulus deal remained elusive and coronavirus infections hit a record for a second day. Asian stocks drifted and Treasuries advanced.

S&P 500 futures retreated, and Euro Stoxx 50 contracts pointed lower. Stocks slipped in Japan and South Korea, with shares in China underperforming. The dollar strengthened. U.S. House Speaker Nancy Pelosi said the chamber could pass a pandemic relief plan this week, though a deal with the White House remains elusive as chances faded of a resolution before next week’s election. Ten-year Treasury yields ticked lower, but remained above 0.8%.