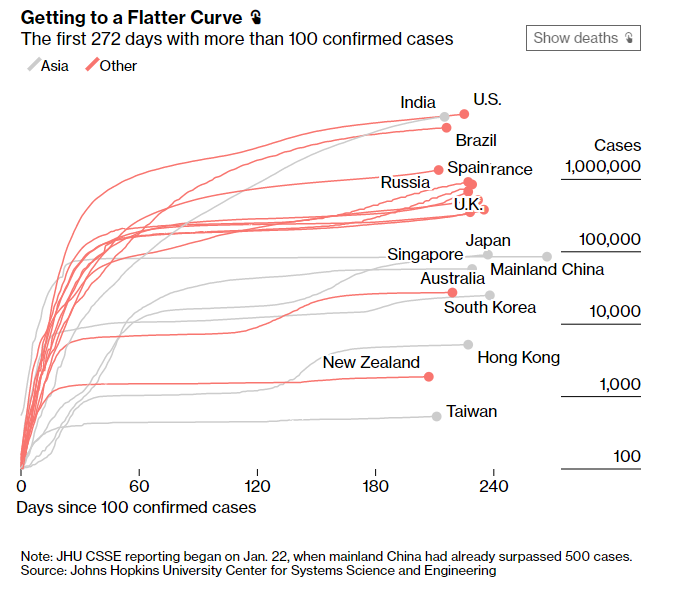 WILL THE DROP IN EUROPEAN STOCKS GOING TO CONTINUE?

Stocks pared losses as traders awaited news on negotiations over a fresh round of stimulus amid a resurgence in coronavirus cases around the globe. The dollar climbed.

The S&P 500 came off session lows as banks rebounded from a two-day selloff and energy shares rallied. House Speaker Nancy Pelosi told Democrats that a Covid-19 relief package won’t wait until January as she was scheduled to have another call with Treasury Secretary Steven Mnuchin, while President Donald Trump said he’d go over $1.8 trillion in stimulus. Equities slumped earlier in the day as Europe’s biggest cities clamped down to curb the virus, adding to concern that further restrictions could cause more damage to the global economy.

Investors also assessed data showing an unexpected surge in jobless claims to the highest since August -- a troubling sign for a labor market whose recovery from the pandemic was already slowing. Covid-19’s recent march across the Midwest has caught up with the region’s most populous states: Illinois, Ohio and Michigan. Governments around the world are grappling with how to devise targeted strategies that slow the spread of the virus, without resorting to the kind of broad national lockdowns that have decimated the economy.