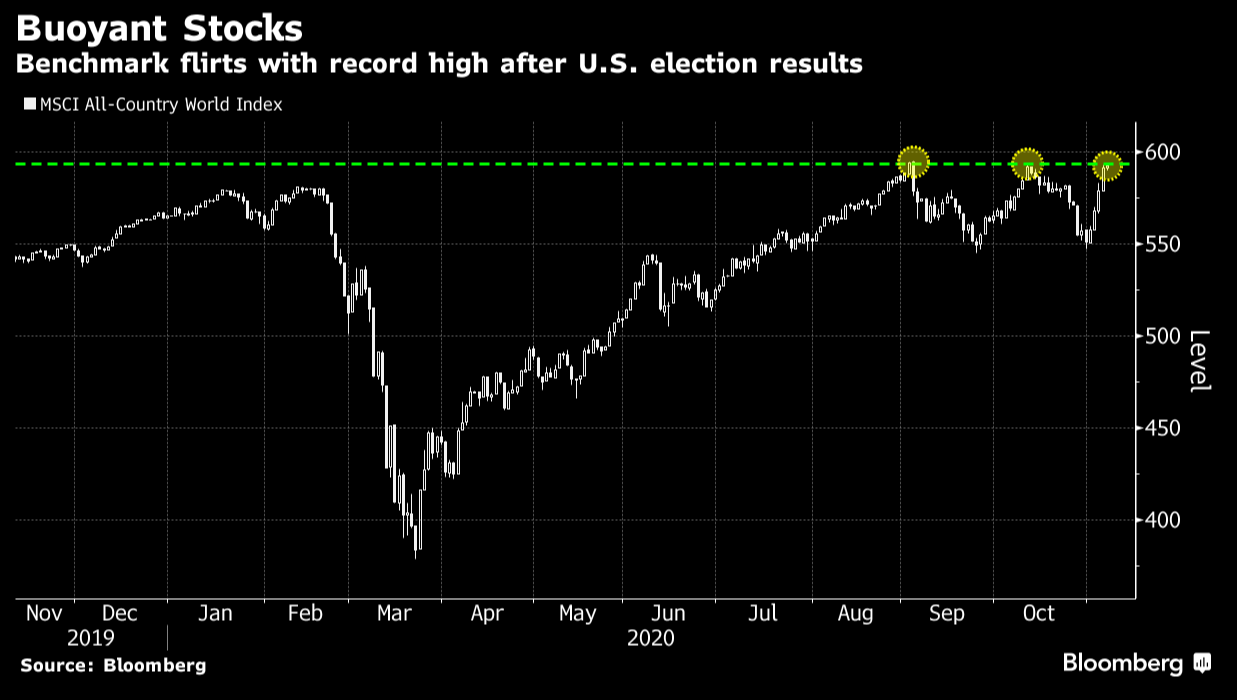 WILL THE DOLALR KEEP DECLINING?

Global equities rallied to a record high amid optimism about the outlook under a Joe Biden presidency. The dollar extended declines.

Last week’s embrace of risk continued Monday after Biden was declared the winner of the U.S. election over the weekend. S&P 500 futures rose about 1.5%, building on the strongest week since April for the benchmark, as the president-elect launched his transition effort. Contracts on the tech-heavy Nasdaq 100 index, which have outperformed since Tuesday’s vote, were up more than 2%.

Gains were broad-based in Asia and European stocks opened higher. The yuan and euro rose alongside the Australian and New Zealand dollars. Treasuries were steady and oil pared some of Friday’s slide. Turkey’s lira surged after the installment of a new central bank chief.