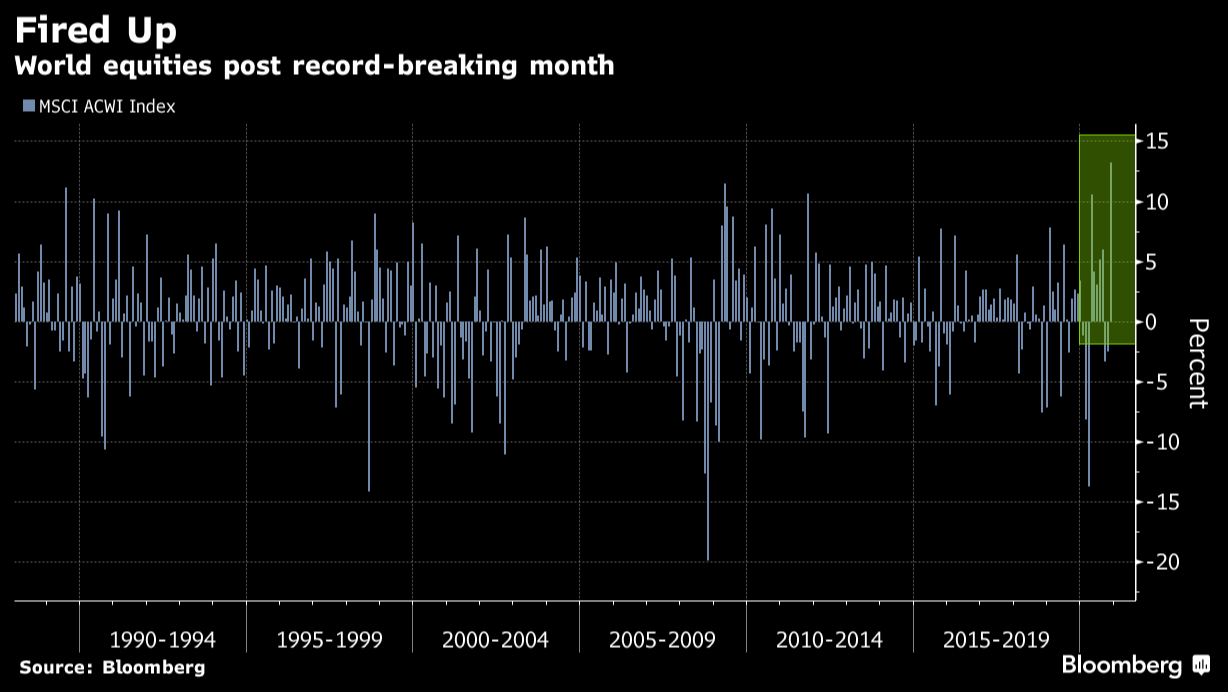 WILL STOCKS KEEP CLIMBING IN DECEMBER?

Asian stocks climbed along with U.S. and European futures Tuesday, aided by positive factory activity data and optimism that vaccines will bolster the global economy. The dollar dipped.

Shares advanced across Asia Pacific with equities in China and South Korea outperforming. Factory activity in some of North Asia’s biggest export-led economies rebounded in November, with a manufacturing purchasing managers’ index in China hitting a decade high.

S&P 500 futures rose after the benchmark fell the most in more than a week but closed out its best month since April. Gold edged up and Bitcoin traded near a record. Oil fell for a third day as OPEC+ sought more time to reach a deal on production policy after a meeting broke down without an agreement.