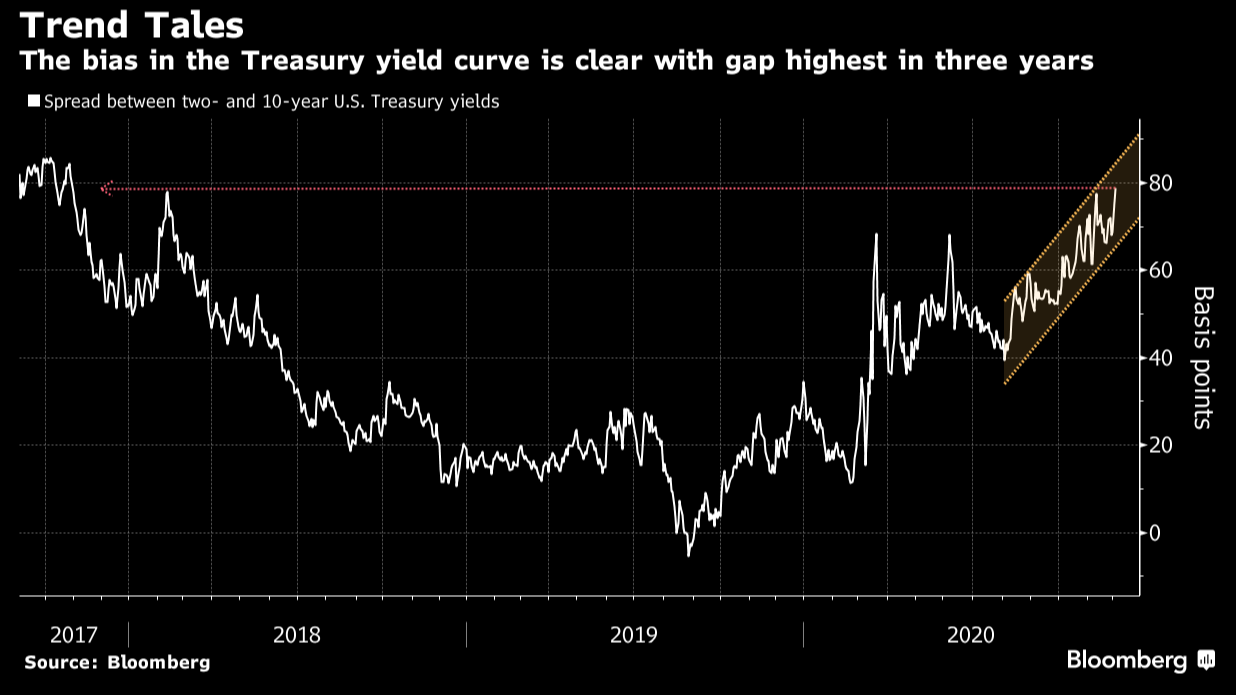 Global stocks paused at all-time highs as investors assessed renewed optimism over U.S. stimulus talks and the prospect of more vaccine approvals. Treasury yields steadied and the dollar remained near a more than two-year low.

Shares edged up in Asia on Thursday, with Hong Kong stocks outperforming, while European and U.S. equity futures fluctuated after the S&P 500 closed at another record. House Speaker Nancy Pelosi and Senate Democratic leader Chuck Schumer called for immediate talks and said a bipartisan $908 billion aid proposal should be the foundation for negotiations. The U.K. approved the Covid vaccine from Pfizer Inc. and BioNTech SE.

Elsewhere, Australia’s 10-year yield climbed through 1%. Oil edged lower. The pound clawed back some of Wednesday’s losses, which were sparked by the European Union’s chief Brexit negotiator Michel Barnier reportedly telling envoys the outcome of trade-deal talks is still too close to call.