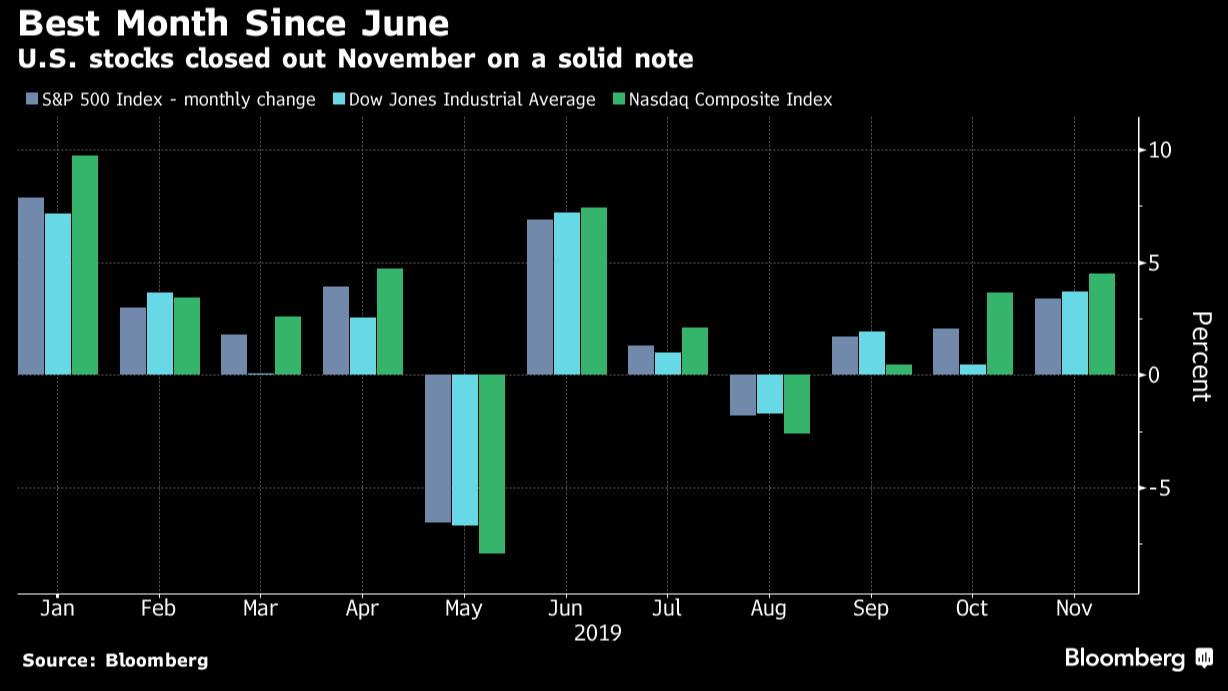 The kiwi dollar is showing some lift to start the week as better risk sentiment takes hold despite the latest downer on China-US trade. For NZD specifically, the Q3 terms of trade report was btter than expected as export prices rose. The China PMIs were also strong and that's helped to lift NZD/JPY above 70.70.

Yen crosses more broadly have strengthened with USD/JPY edging above Friday's best level to a new six-month high. After starting near 109.50 the pair rallied to 109.70 as Tokyo ramped up for the week.

Cable is soft at 1.2916 after falling as low as 1.2903 at the outset as more polls show Labour cutting into the Conservative lead.

The euro has been uneventful so far and the German political news hasn't reverberated but that could change once Frankfurt comes online.

Investors started December in a risk-on mood, boosting stocks after a better-than-expected reading on Chinese manufacturing spurred hope the global economy is turning a corner. Treasuries slid with European bonds.

Chancellor Angela Merkel’s party told the new leadership of the Social Democrats that there will be no renegotiation of the terms of their alliance and they can quit the governing coalition if they can’t accept that.