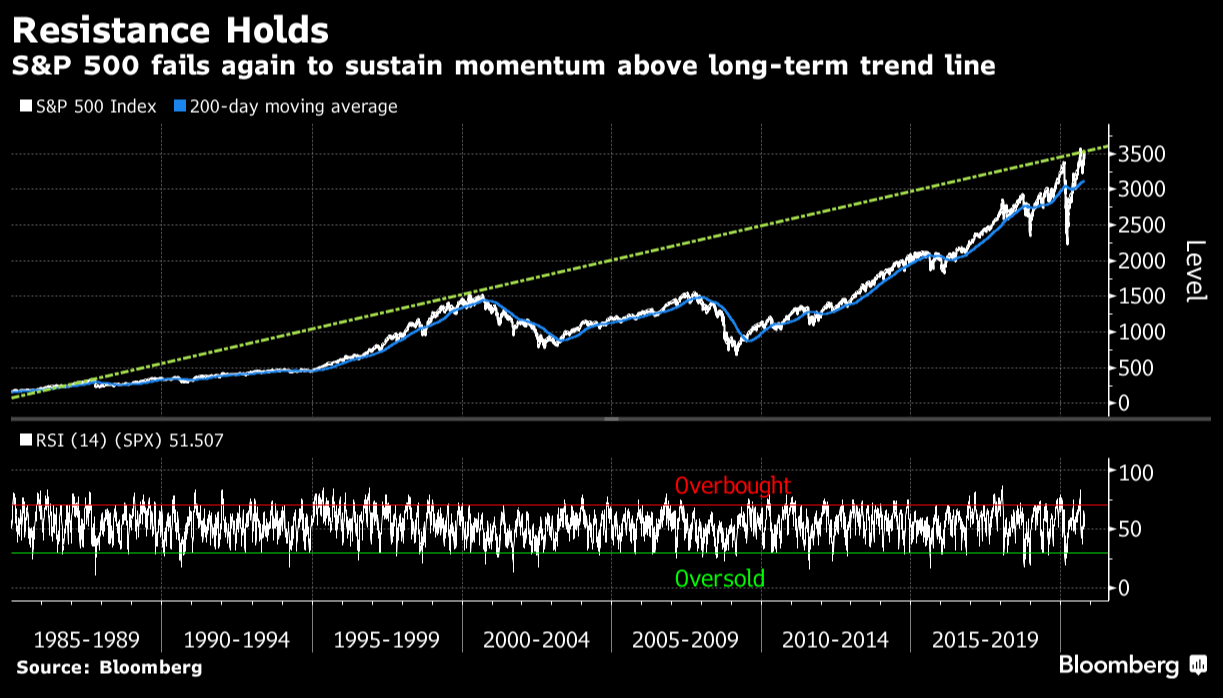 WILL A DEAL PASS BEFORE THE ELECTION?

U.S. futures edged higher after a weak session on Wall Street overnight as investors held out some hope of a deal on stimulus talks. Asian stocks were mixed and European shares looked set for declines.

S&P 500 Index futures climbed after a spokesman for House Speaker Nancy Pelosi said differences were narrowing in talks. Shares slipped in Japan and Australia and fluctuated in China, Hong Kong and South Korea. The 10-year Treasury yield steadied around 0.77% and the dollar held losses versus major peers. The yen dipped and the offshore yuan traded around its strongest since July 2018.

Earlier, the S&P 500 Index fell to the lowest in almost two weeks as time draws short to reach agreement on a bill that could pass by Election Day on Nov. 3. The Australian dollar slid after comments from the central bank’s assistant governor that short-term rates could fall below zero. Oil extended losses after an OPEC+ meeting made no mention of any changes to a plan to further ease output cuts from January.