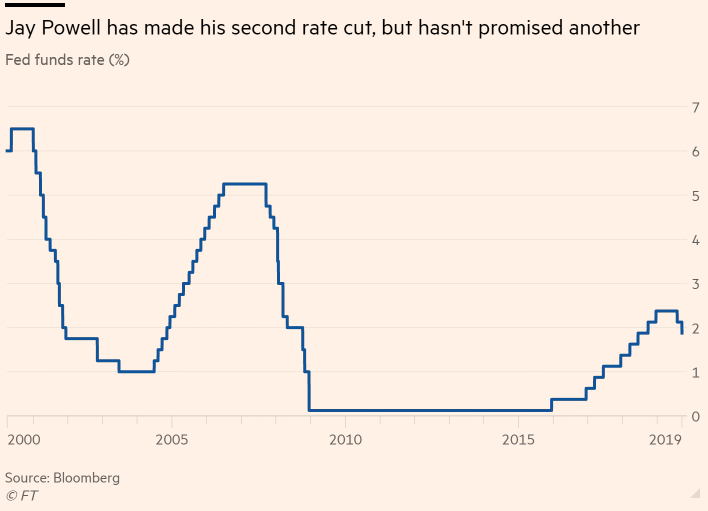 WHERE IS THE DOLLAR GOING??

The Fed decided to cut rates by 25 basis points as expected, lowering them to a target of +1.75%-+2.00%. Despite the cut, the USD strengthened against a number of its counterparts as the majority of the Fed’s policymakers seem to favor the rates remaining at the same or higher level, until the end of the year as per the new dot plot. Fed’s Chairman Powell, described the prospects for the US economy as “favorable” and the rate cut as an “insurance”.

The Bank of Japan decided to keep it's interest rate unchanged at -0.1% as per consensus today. The bank maintained its pledge to ease policy without hesitation should there be risk of the economy losing momentum to hit its goal. BoJ also maintained its forward guidance unchanged, keeping current extremely low rates for an extended period, through Spring 2020. The bank also is to keep its asset purchases amounts unchanged and the 10 year JGB yield target at about 0.0%.

In today’s European session, we get SNB’s, Norgesbank’s and BoE’s interest rate decisions. In the U.S., we get the US Philly Fed Business Index for September.