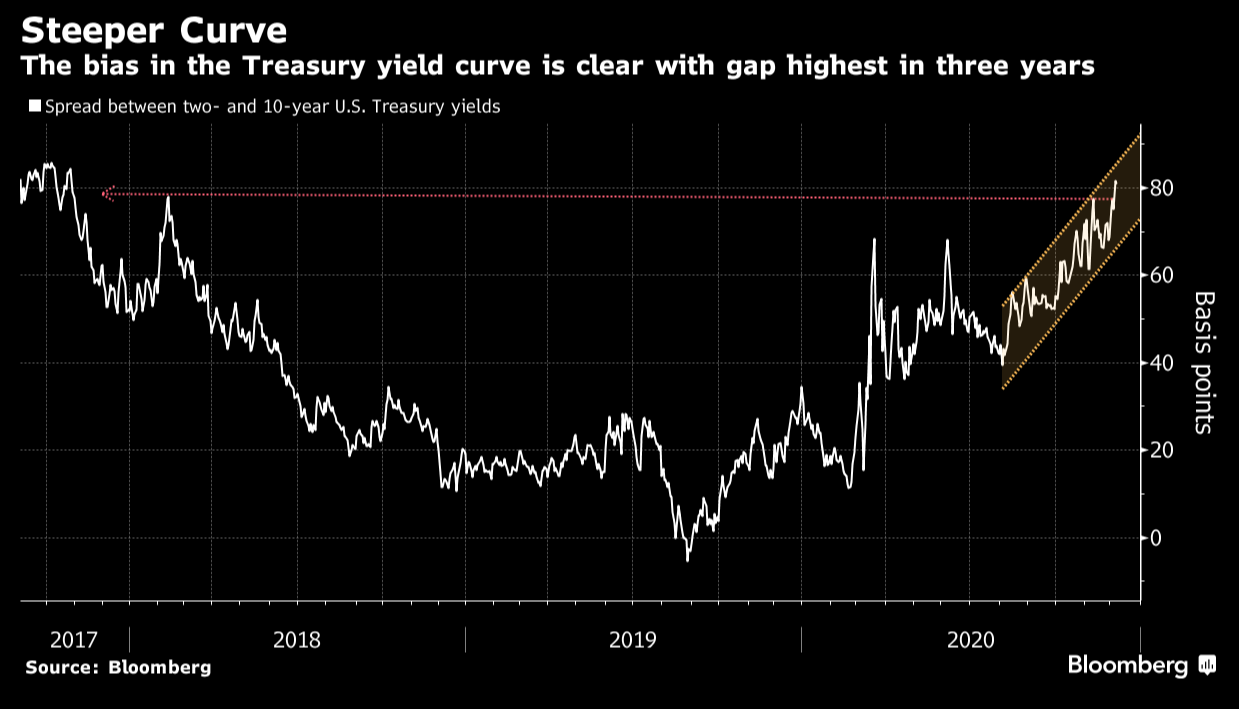 A global equity rally stalled Monday as investors weighed signs the deployment of a vaccine may be nearing against renewed U.S.-China tensions. Treasuries were steady with the benchmark yield near its highest in nine months at just under 1%.