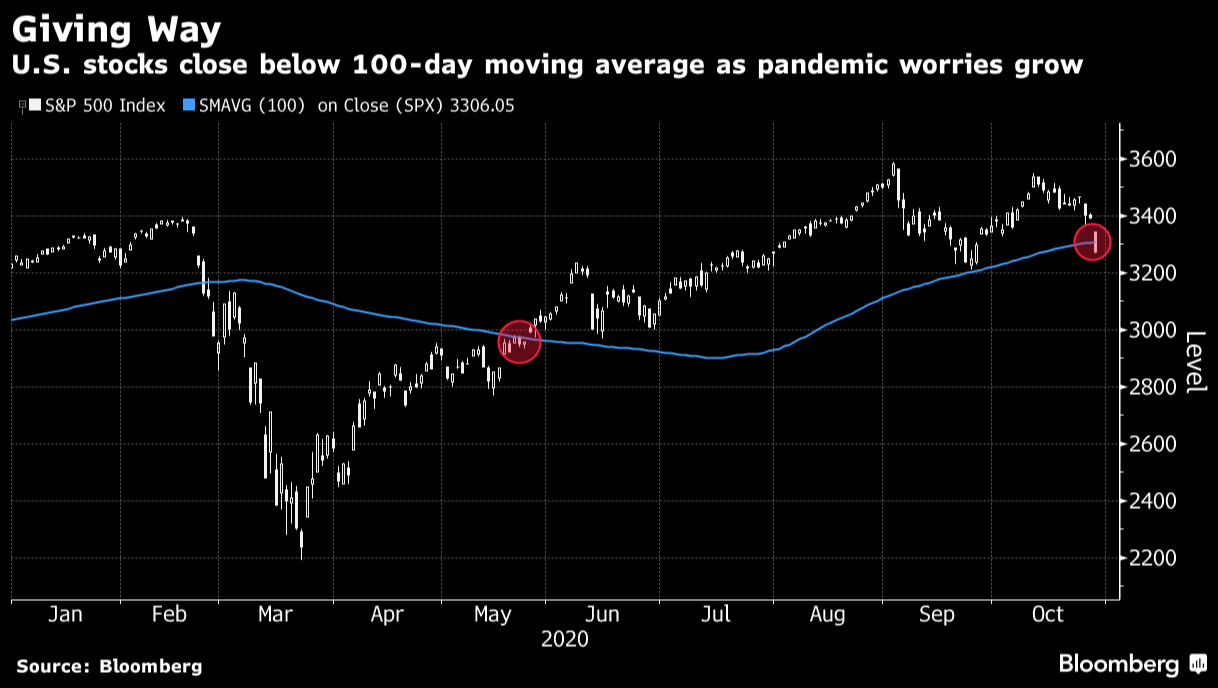 WHAT WILL THE ECB DO TODAY?

U.S. and European futures rebounded from the worst of Wednesday’s declines, though Asian shares retreated as rising coronavirus infections and tougher lockdowns added to worries about the economic hit from the pandemic.

Losses were more modest across Asia than in the American session, with shares in Australia faring worst and those in China rising. S&P 500 contracts climbed about 1% after the benchmark lost 3.5% Wednesday -- its biggest drop since June. European futures also gained. The dollar gave back some of its overnight advance and 10-year Treasury yields held around 0.78%. Oil was steady after tumbling more than 5% on concern rising infections will sap demand.

In China, nearly 1,000 firms are releasing third-quarter earnings on Thursday, with traders looking to see if the results confirm the nation’s accelerating recovery. The yen held a small decline after the Bank of Japan kept its key interest rate and asset purchases unchanged.